Working in the corporate incentive business as an account executive, she found herself taking her clients to Paris, Cannes and Monte Carlo, several times a year. Soon, she was more in France and Monaco than in the United States. During each visit to Paris, she was surrounded by perfect live paintings of cobblestone streets and spectacular monuments, daring her to jump in and explore further.

Armed with years of experience as an event organizer combined with an insatiable creative spirit, she quit her job and moved to Paris from San Francisco, taking a year off to discover the endless possibilities that Paris had to share with those willing to listen. She bought a Triumph motorcycle and set off to explore day and night for over a year, making lifetime friendships along the way. She then founded Paris Prelude and remained in Paris for over a decade. 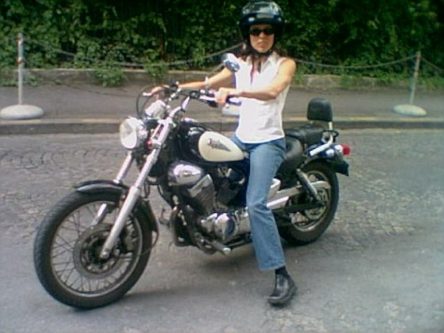 And then there were Deux

She would be remiss not to mention the Count, Thibaud Badin de Montjoye, as she did not discover many Parisian gems without his sleight of hand, opening doors, otherwise shut tight to an ordinary American. One day as she pulled up to @lesdeuxmagots a few minutes from her Paris flat in the 4eme arrondissement (Latin Quarter), she met a man that would change her life. A quintessential Parisian actor and writer that happened to be a count, (a descendant of King Louis XIV), and a self-professed historian of all that is French. When she explained her mission in Paris, he made it his mission that she understood Paris as Paris is meant to be understood, and for that, she is forever grateful.

Adventures in the Arrondissements of Paris

The first thing to understand about Paris is that it is shaped like a giant snail and within each curve lay a treasure by means of an arrondissement, also referred to as 1eme, 2eme, 3eme, 4eme etc., You’re welcome. 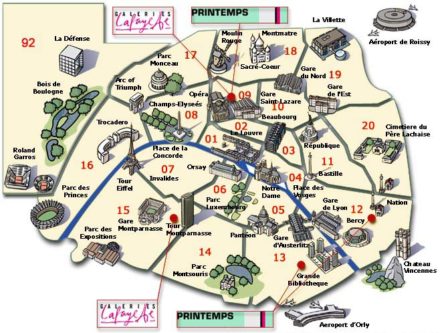 On the cobblestones less traveled

Whether strolling down Rue Cler, (7eme) a lively cobblestone street behind the Eiffel Tower that effectively preserves the ambience of Paris of old and is home to countless small merchants, trying escargot for the first time at @au_vieux_Paris (4eme), and tasting authentic chocolate masterpieces made on site at @lamaisonduchocolat_paris (16eme). Nothing you have experienced before or after will compare. 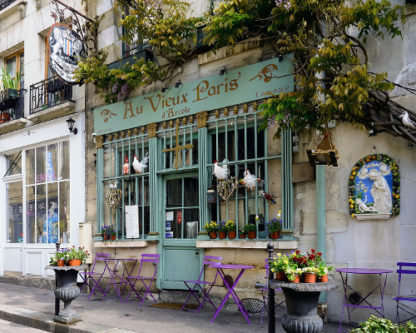 The Secret of the Eiffel Tower not mentioned on the tour….

When Gustave Eiffel designed his namesake tower, he included a secret and private apartment for himself at the top. Back in the day, Parisians would offer up “a small fortune” to rent his private space for a single night, but Eiffel consistently refused and in fact he rarely allowed access to any visitors, however, he would occasionally entertain guests of the utmost prestige (Thomas Edison is one notable example). If you want to visit, she may have a connection or two @prelude_events.

Getting to know Coco Chanel

Up a stairway in Coco Chanel’ original hat shop on Rue Cambon , the door opens to her private residence, a small, intimate apartment that, for the most part has remained unchanged since Chanel herself was alive. In this apartment, you may learn that Mademoiselle Chanel disliked doors. She often placed screens in front of open doors so that her guests might forget to leave! She had a deep fear of being alone. Interested? We might have a key @prelude_events 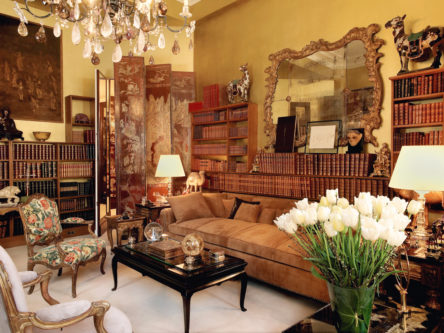 A passionate group of French wine connoisseurs reinvented the wine tasting experience in the @cavesdulouvre which were originally built in the 18th century. King Louis XVs sommelier lived upstairs and managed the king’s wine collection from there. At the time, a tunnel would actually connect the Caves to the Palais du Louvre (a.k.a. the Louvre Museum), making it easier to transport the wine for the King of France’ festivities. Centuries later, the cellars are still dedicated to wine. The caves have been updated with a combination of the old with the new. The experience is highly interactive making learning about wine easy and fun. 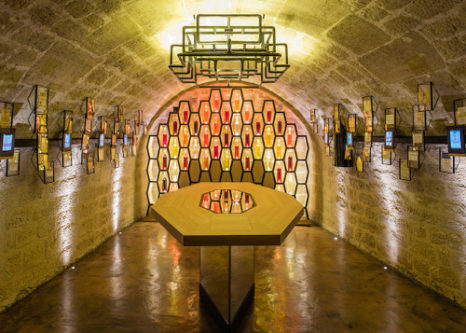 Wendy is an open book. When the Prelude Team asked her to write a paragraph, she send us many pages and she could still write 20 more. There is only one Paris and hundreds of books already written cannot exhaust the endless possibilities, so how can she put her experiences in one paragraph? If you want to know more, you know where to find her @prelude_events.

Industry expert with over 20 years experience in the event design, communications, planning and destination management business. I was born in USA, and have lived in Copenhagen, Paris and Barcelona throughout my career. I’m a former Account Executive with Maritz Travel Company, President and Founder of Prelude Event Architects in Europe, and co-inventor of two international applications in the travel/event planning space. Let’s connect!

We have an experienced team of local planners at your disposal

We use our own and third-party cookies to perform the analysis of user navigation and improve our services. If you continue browsing, we consider that you accept its use. You can get more information here: Read More Accept Reject
Privacy & Cookies Policy

This website uses cookies to improve your experience while you navigate through the website. Out of these, the cookies that are categorized as necessary are stored on your browser as they are essential for the working of basic functionalities of the website. We also use third-party cookies that help us analyze and understand how you use this website. These cookies will be stored in your browser only with your consent. You also have the option to opt-out of these cookies. But opting out of some of these cookies may affect your browsing experience.
Necessary Always Enabled
Necessary cookies are absolutely essential for the website to function properly. This category only includes cookies that ensures basic functionalities and security features of the website. These cookies do not store any personal information.
Non-necessary
Any cookies that may not be particularly necessary for the website to function and is used specifically to collect user personal data via analytics, ads, other embedded contents are termed as non-necessary cookies. It is mandatory to procure user consent prior to running these cookies on your website.
SAVE & ACCEPT